Wollongong City Council Deposited Plan 817562, 16th July 1992. I purchased Lot 5 in 1992, and Barbie and I purchased Lot 4 in 1997 and we still own both. The initial part Reserve 7327 proclaimed on 6th October 1888 by the Public Transport Corporation for rail use. Lot and DP numbers still remain, but street/house numbers were changed by council in about 2000. Street numbers are now 1, 3, 5 and 7 from left to right. DP 817562 took almost 2 years to finalise as the road reserve had never been fully resolved. DP 82308, below was required to be finalised to confirm legal access to the properties. 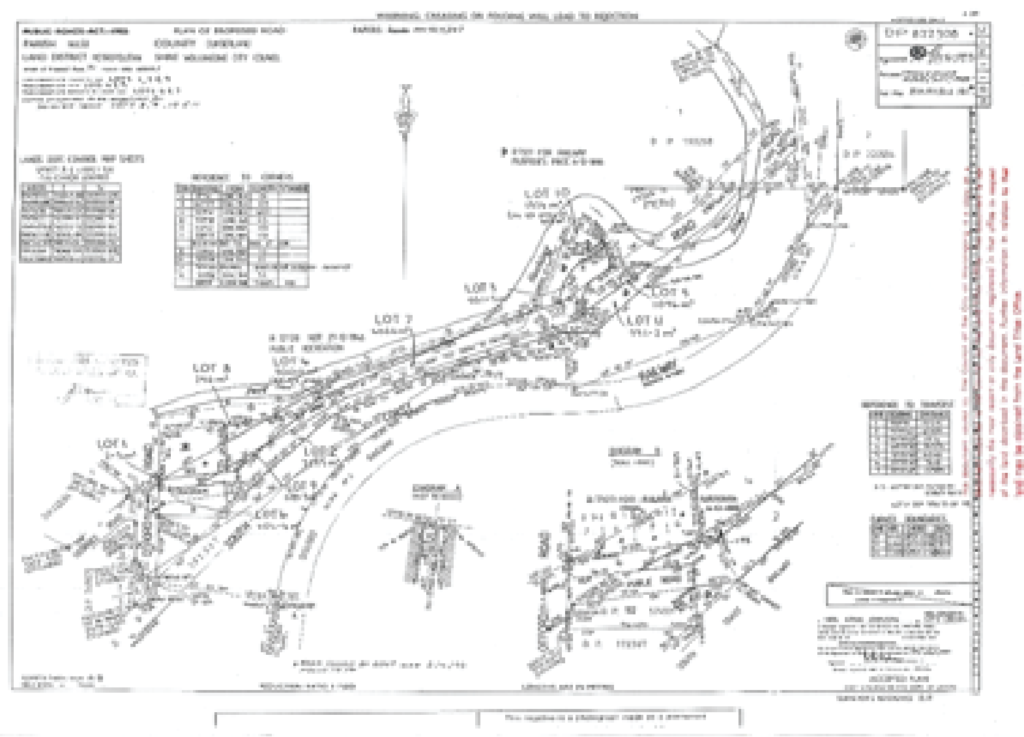 Meanwhile back in the 1880’s, a potted history from documents found online, generally via Trove. 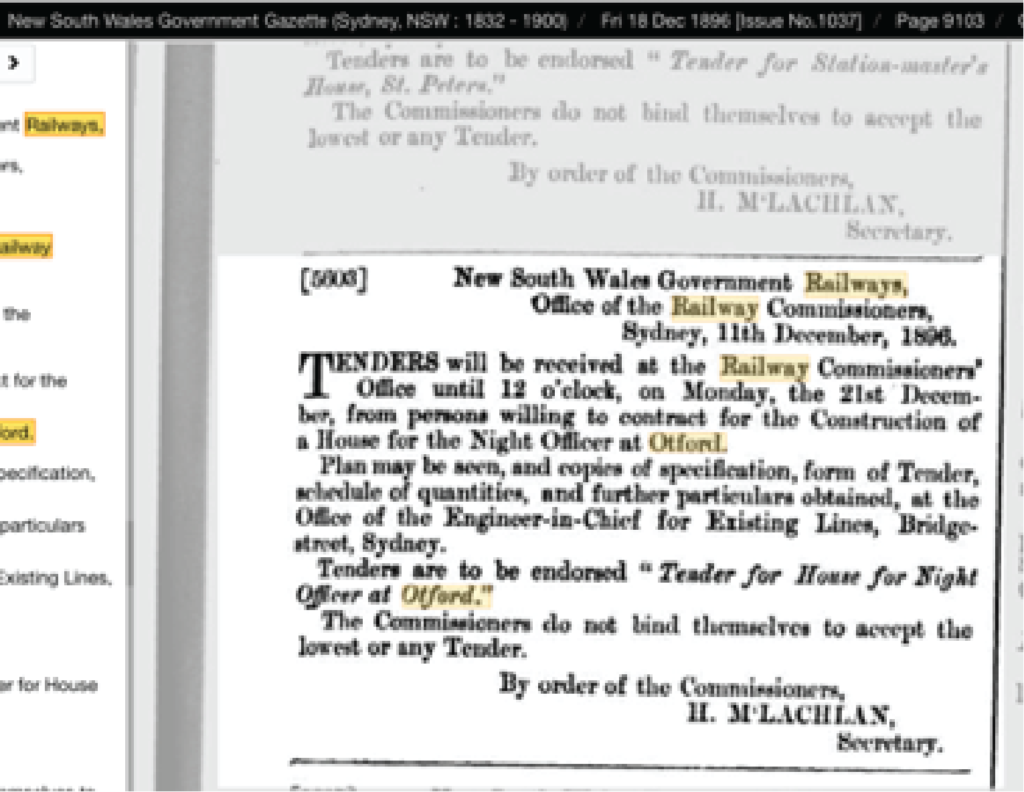 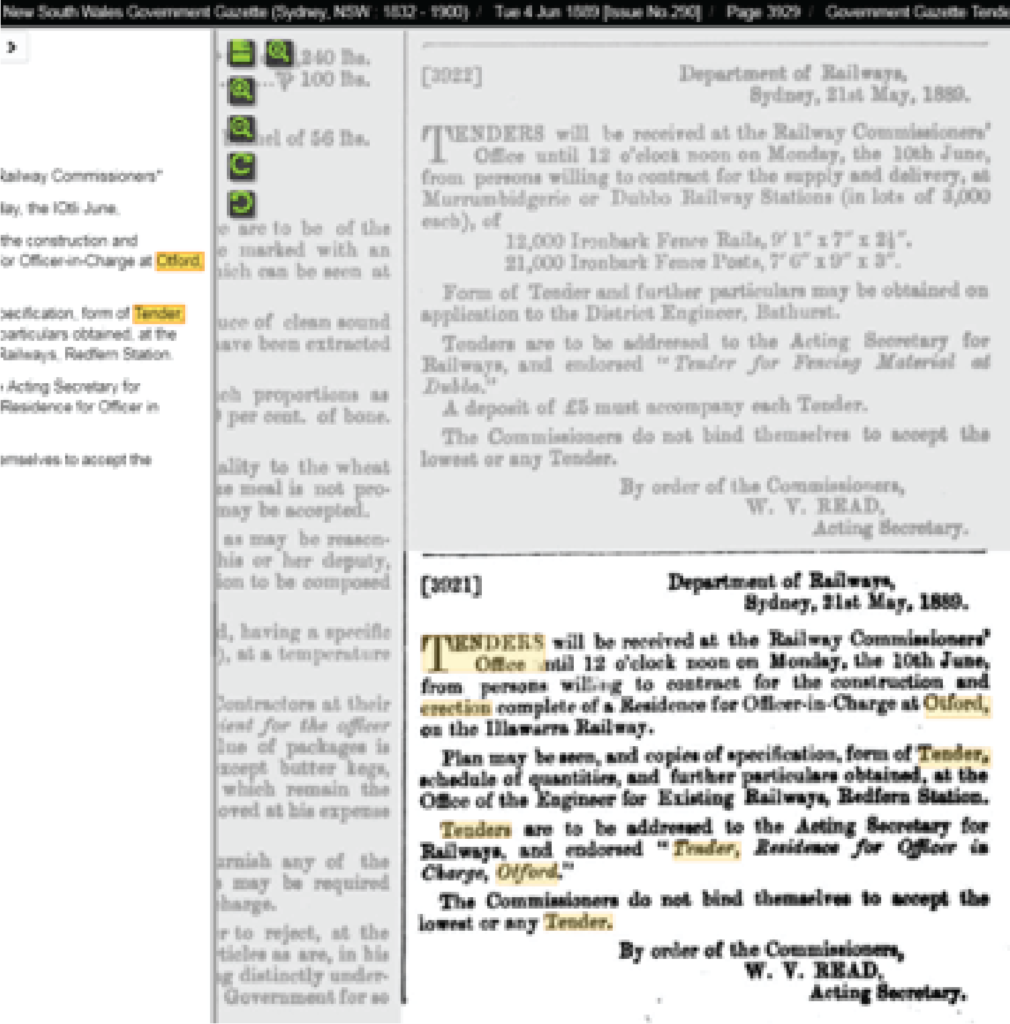 Residence for Officer in Charge

Residence for Officer in Charge, Otford. NSW Government Gazette Tuesday 14th June 1889. Page 3929. I do also have a copy of a plan of this house. NSW Government Gazette Friday 31st August 1900. Dept of Public Works, permission to pump water from the Hacking River at Otford for railway purposes. Hence the ford and low dam wall just below the station, and the foundations and slab on ground of the pump house remain. Tenders called for employees houses at Waterfall. NSW Government Gazette Friday 9th June 1905, Page 3873. Semi-detached cottages have only been built at Waterfall and Otford. Due to their similarity, probably off the same plan.

New South Wales Railways, Employees Cottages. Building Plans. Dated 28th October 1909. Note no window hoods and no window in side of kitchen. Now known these houses were built during mid-1910. Sourced from colleagues in then State Rail, about year 2000. 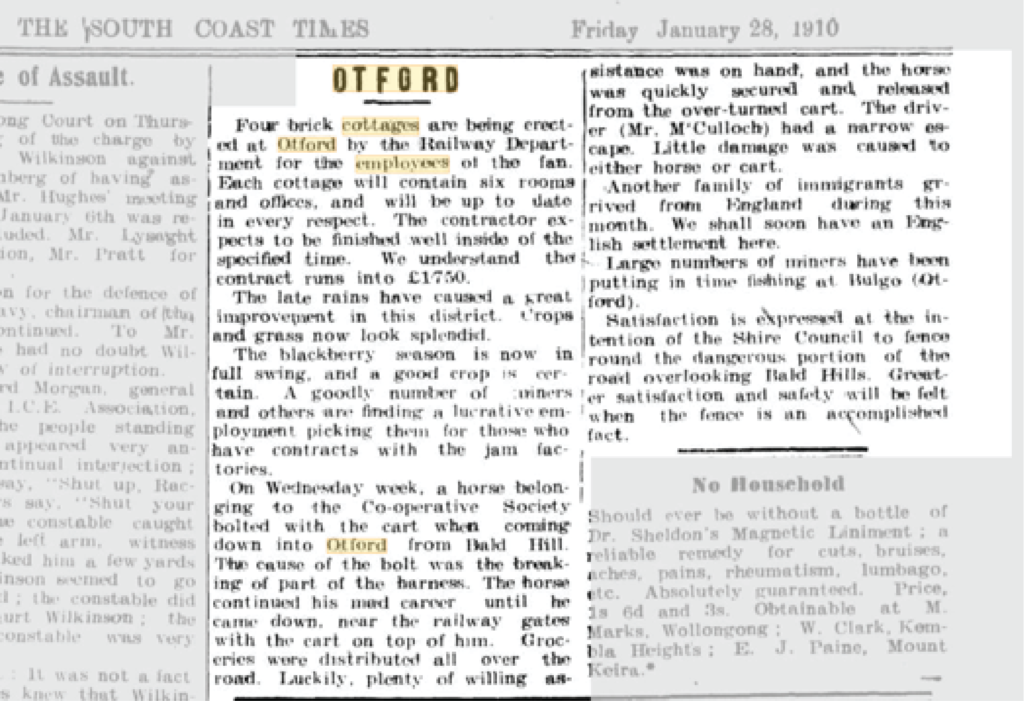 South Coast Times, Friday 28th January 1910. Erection of Otford residences for employees of the fan, contract estimated to be £1750. Additions to the residences

South Coast Times, Friday 29th April 1910. Report of completion of extensive additions to the buildings at the Ventilation Fan and good progress on the four brick cottages at Otford for employees of the fan. Courtesy of Helensburgh Historical Society. View of Otford Road causeway and beginning of Lady Carrington Road, circa 1920. Includes house on corner, and Nightwatchmen’s residence and the back corner of the first two of the four employees brick cottages (note no kitchen window and no window hoods). Otford Station, 22 June 1925, source from “The Staff”. Shows the platform level water tanks and pedestrian crossing at track level at the Wollongong end of the platform. Frank Rooney and unknown on side of then number 6 (now number 3) with profile of Night Watchmens house on the other side of Lady Carrington Road in the background. 1941, source unknown. Circa 1948 vertical air photo from Wollongong City Council of the properties. View to the east

View to the east along Lady Carrington Road, from the intersection with Otford Road, 1981.

Residence for Officer in Charge

Additions to the residences

View to the east